Following a successful reverse takeover, HeiQ went public today at the London Stock Exchange. The admission follows an oversubscribed placing and subscription, raising £60 million (before expenses) from institutional and other investors. On Admission, the Company will have 125,891,904 ordinary shares in issue and a market capitalisation of £141 million.

Founded in 2005 as a spin-off from ETH Zurich, HeiQ has grown into a high growth, cash generative company which employs more than 100 people around the world. Over the last 15 years the company has developed over 200 technologies in partnership with over 300 major brands, including Burberry, GAP, New Balance, Patagonia, Speedo, The North Face and Zara. Its latest innovation - HeiQ Viroblock - an award-winning antimicrobial technology which helps in the fight against enveloped viruses, including SARS-CoV-2 (the virus causing COVID-19), is already being used by more than 150 major brands such as Burberry.

HeiQ Co-Founder & CEO Carlo Centonze said, "Today's listing is a major milestone for HeiQ, and we are delighted to welcome our new investors aboard the ship. The fundraise will enable HeiQ to build on the significant momentum achieved so far in 2020. There are many opportunities to capture more market share through increased sales of our core products to major brands. These have grown 17% in the first half of the year and, in parallel, we have entered lucrative new markets with additional high margin innovations.”

Following the successful reverse takeover of Auctus Growth by the Company of HeiQ Materials AG ("HeiQ"), the Company has announced admission of the enlarged group to the standard segment of the Official List and initiation of trading on the London Stock Exchange's Main Market at 8.00 a.m. today under the ticker 'HEIQ'. The ISIN of the Ordinary Shares is GB00BN2CJ299 and the SEDOL Code is BN2CJ29. 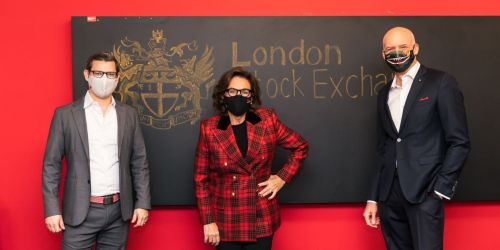